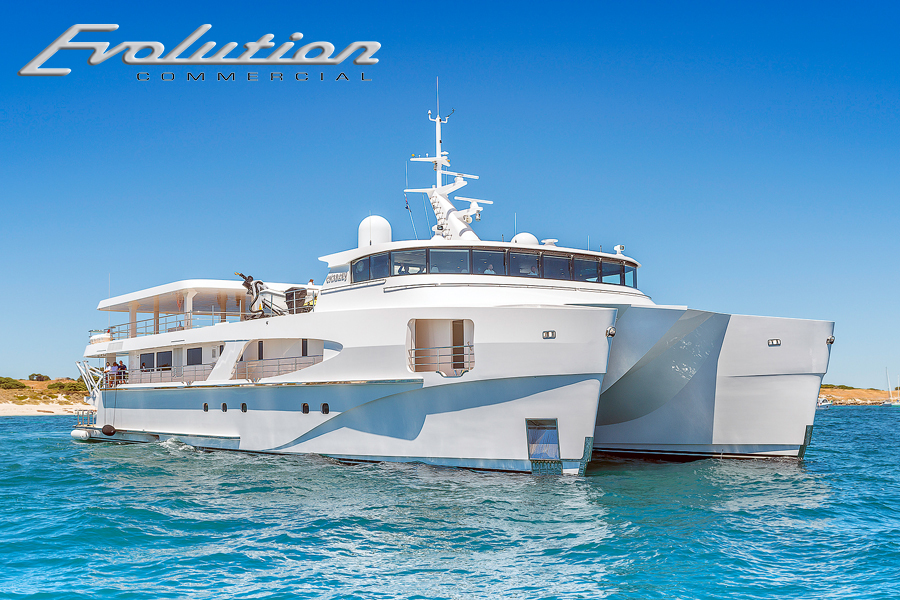 After just over 2 years of dedication, the Echo Marine Group team have successfully handed over their latest creation, a new 46m all infused GRP shadow vessel.

Built to be a shadow vessel for the 84 metre superyacht White Rabbit Golf, the vessel boasts a decompression chamber, helipad, and six tender vessels (including a 12 metre catamaran).

The team have developed cutting edge ways to make one off moulds quickly and effectively, using their 5 axis CNC machine, including developing ways to vacuum infuse large modules such as one entire hull half in one hit.

The final product exceeded the client’s expectations in every way, from performance, to the level of finish and to the functionality of the vessel.